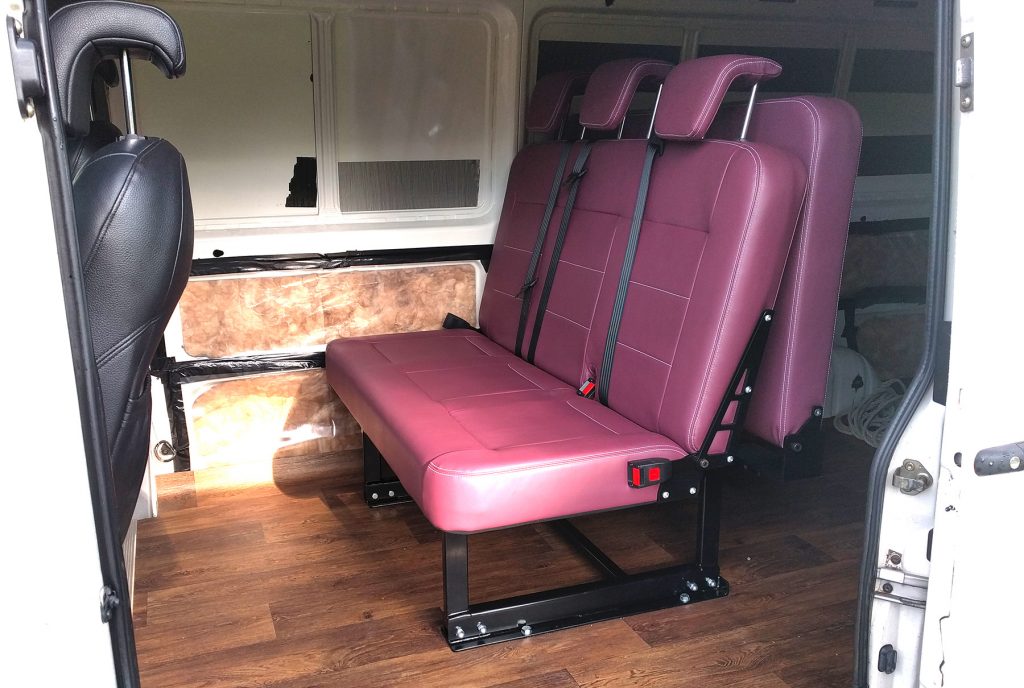 The bed will be the largest piece of furniture in the van, so it took lots of deliberation to decide what form it should take, and where it should go. In the end it was quite simple as I had decided I wanted five seats safe enough to travel in, so the only real option for me was something forward facing with seat belts. If I wasn’t intending for people to sit on the bed/seat while driving I would have gone for a side facing sofa, as it’s a much more efficient use of space, but this is a good compromise.

After lots of research into folding rock and roll beds I realised if it was going to truly be safe in the event of an accident, it needed to be safety tested in some way, as otherwise I would have no way of knowing for sure. The one I chose is M1 pull tested, which means that while the design has not been crash tested, it has been tested on a special pulling rig to find out whether the seat would deform enough to harm its passengers with typical accident forces. This is done by applying 6 tons of force in the forward direction. As each passenger could exert around 2 tons each in the event of a head-on collision, this would be typically what the seat would have to contend with.

While non-tested beds would be totally fine pretty much all of the time, in the event of an accident the results could be horrendous if the seat detached from the floor or disintegrated. While it was certainly by no means a cheap option, I think if you want to carry passengers the choice is easy.

Here’s a rock and roll bed being pull tested: