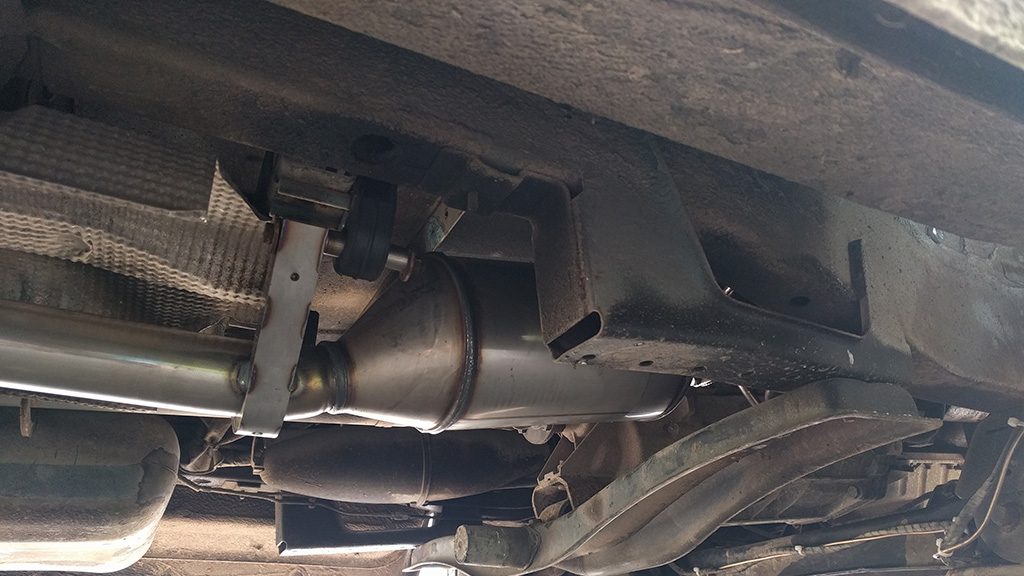 To try and reduce how much my van is part of this problem I got a Diesel Particulate Filter (DPF). The VW LT35 has a pretty old fashioned and dirty engine; while it has an EGR valve, mine didn’t even have a catalytic converter. I didn’t find out retro-fit DPFs were being made for my van until I was searching for a new exhaust, and stumbled across the HJS CityFilter. It’s mostly fitted in Germany where it allows engines like mine to travel into German cities with a green sticker. There’s no financial benefit to fitting one in the UK, but there is an improvement in the air quality around the van.

DPFs get a bad press for causing problems when they block up. This is usually due to using the vehicle for short journeys, and with no indication of what’s going on to the driver, the filter fills up with soot and eventually clogs completely. At this point many people opt to have them removed, but with the recent MOT changes in the UK this will no longer be an option, and obviously makes the engine output lots more particulates.

This filter can passively regenerate (burn off the soot) at temperatures around only 200°c compared with 800-1000°c on most factory fitted filters, so it has no need of active regeneration (this is when extra diesel is sent through the engine to burn in the DPF itself, thereby raising the temperature and burning off the accumulated soot). This also means the engine’s ECU does not need to be aware that the DPF is fitted, so there is no wiring to be installed.

The unit includes a catalytic converter, and replaces the entire cat section of the exhaust pipe, bolting directly to the turbo, with some extra brackets which bolt through the chassis (no holes to drill).

If anyone is interested in doing this to their van, the part number for the AVR engine in a VW LT35 is 93 11 1703, but HJS were very helpful when I phoned up, so ask them if you have a different van/engine. I had to shop around on some German language parts dealers before I found it for a decent price.