I Bought A Van 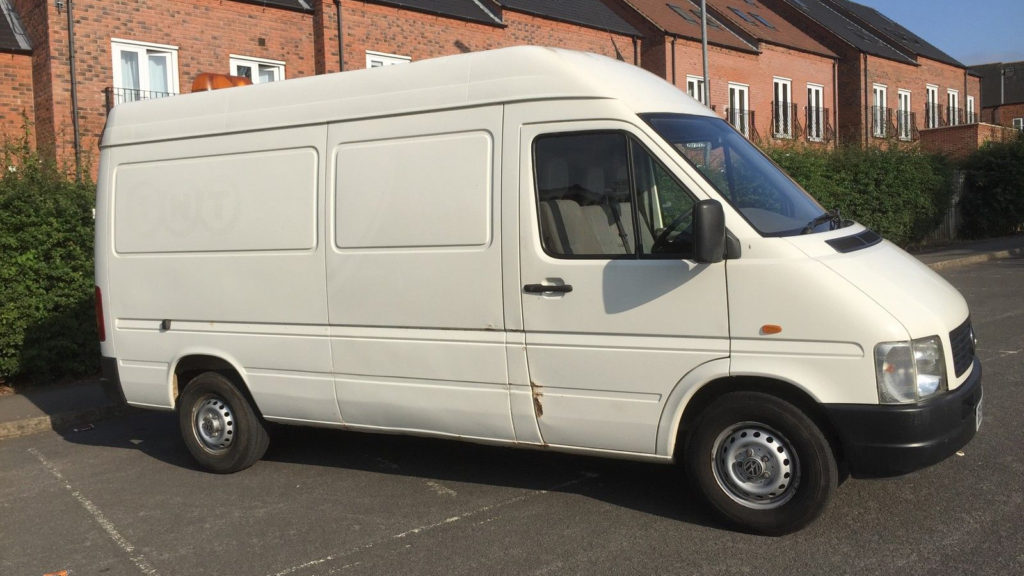 I was on the lookout for a high top, with the 109BHP 2.5TDI engine. I kept checking eBay for about 3 months before I found the one I wanted, 72k miles and not too far away. It was owned by TNT, then a truck mechanic. It drove faultlessly, and apart from a few rust issues on the body, it was pretty much exactly what I was looking for, and bonus: it has a flashing light on the roof!

My van had been used to transport truck engines and gearboxes, so the cargo area was covered with oil. Unfortunately the plywood was so soaked it couldn’t be re-used, or even used for templates, but it made a good bonfire.

When I had removed the plywood, I started cleaning up the grimy floor. I used turpentine substitute on rags to remove the grime from the paintwork. The floor was not in bad shape, with only a few areas of surface rust requiring some attention.

It was at this point I made a discovery in the steel framework; an eight year old condom, still in its packet…

When it arrived, oily plywood 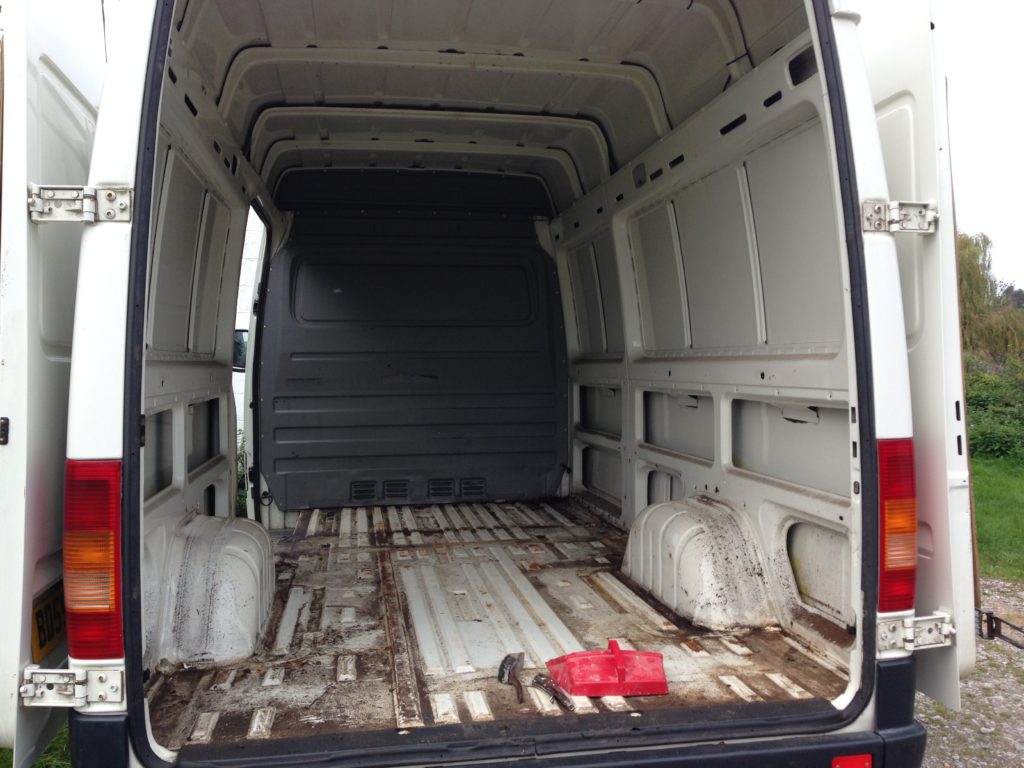 Plywood removed, now to clean it up

To open up the space and enable me to visualise the layout, the bulkhead needed to be removed. It was held on with lots of rivets. It took me several hours with the grinder.

What’s left is a blank canvas, it’s now easier to imagine how the space could be used. The next step will be to treat the rust on the floor. 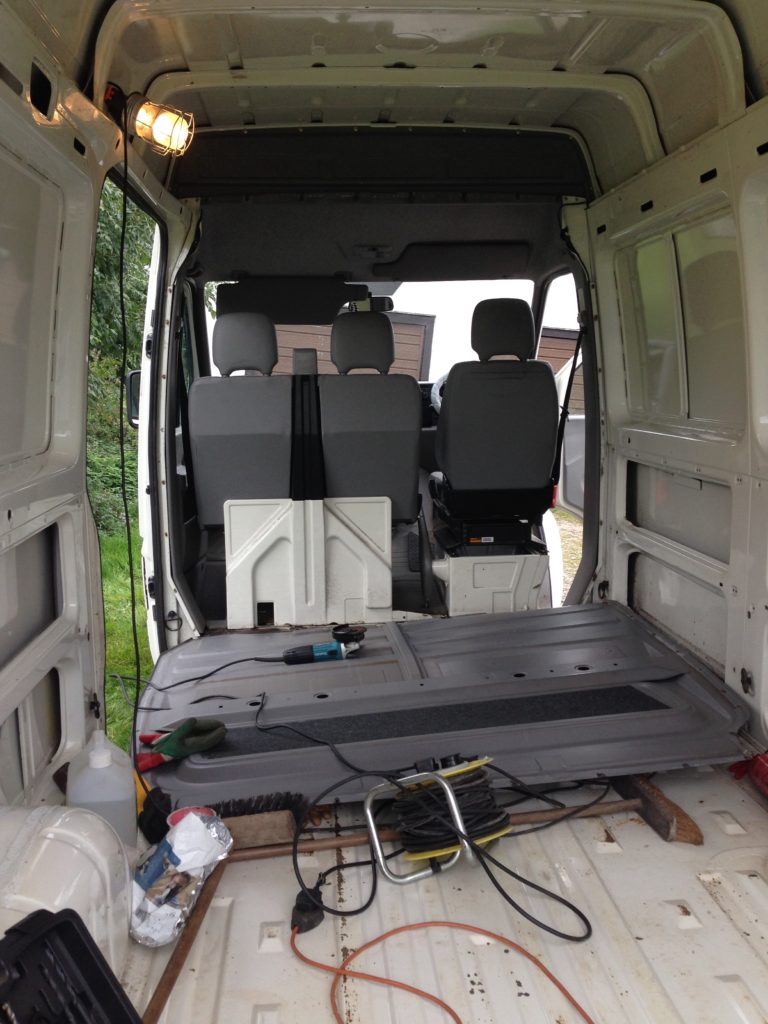 Bulkhead removed, so much space!

2 responses to “I Bought A Van”