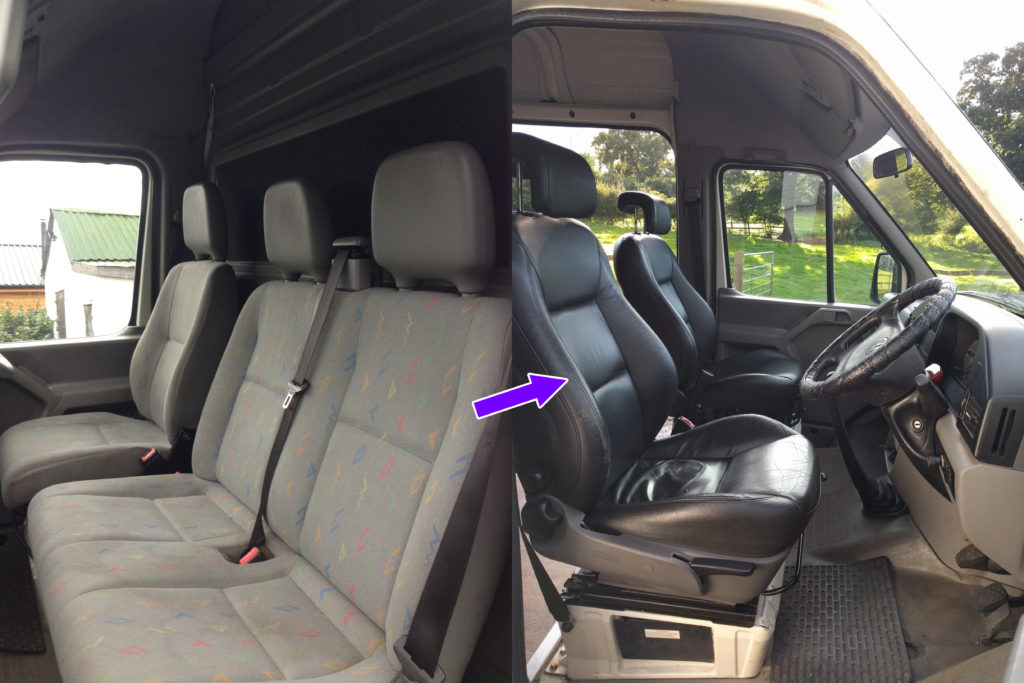 The original seats fitted to my van were uncomfortable on long journeys, and the passenger one lacked adjustment altogether. I decided something more comfortable would be nice, and found some used leather seats from a Saab 9-5 on eBay. My friend Chris and I picked them up, and set about fitting them.

To get them in the van:

Passenger seat removed, and single base and swivel fitted

We removed the old driver’s seat, and bolted on a swivel base. These are designed to fit straight on to Sprinter seats, so they lined up perfectly with the bolt holes in my seat boxes. When trial fitting the seat, we soon realised the handbrake needed to be aligned lower if the driver’s seat would be allowed to swivel. It was also a little tight on the door card, so we made sure to attach the seat to the swivel as far to the left as possible. 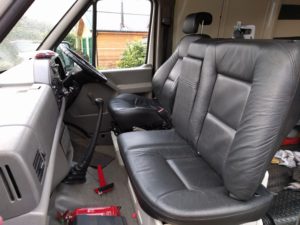 This would have been great

It would have been good to have three Saab seats in the front like this, but I would have had to almost build a new seat frame from scratch. 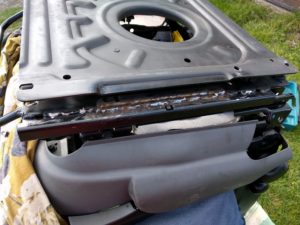 Welded to the swivel base

As the new seats were from a Saab and not a VW LT, I had to weld the new seats to the swivel base; Chris helped line them up and hold everything in place while I tacked them on.

I made sure to weld all the way down both sides of the seat, and where the swivel base curved away from the seat rail I added a small patch of new steel to ensure a constant welded join all the way along. In an accident, the forces exerted by a single person can be as much as three tons, and this seat carries the seat belt latch. The swivel and seat rails are made of thick steel, so I was able to weld on a high power setting, and get good weld penetration.

Before finally fitting the seats in the van, I painted the welded joints with Hammerite.

Once the passenger seat was fitted, I found that although I had aligned the seat rails in the same forwards/backwards position in relation to the swivel base as the driver’s one, it’s forward and back movement was not as big, so it didn’t go very far back. It’s something I would have done differently had I realised, but tall people have no problem sitting there.

See this post: Lowering and Adjusting the Handbrake in a Mercedes Sprinter/VW LT35

Overall, it’s made a massive difference to driving the van long distances; it’s no longer a painful and uncomfortable experience. 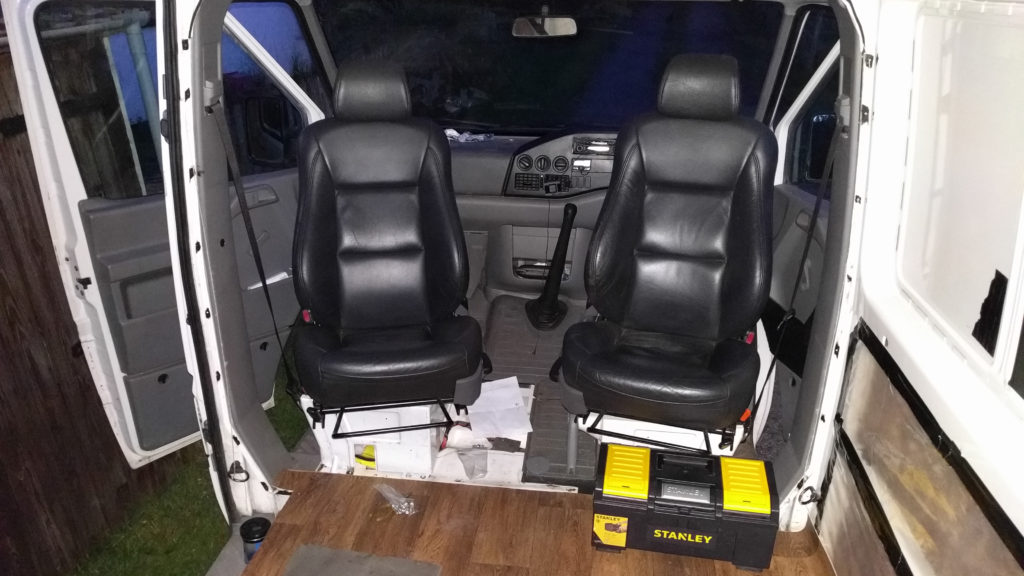 Both seats fitted and rotated

If you have any questions or comments, let me know below.

5 responses to “Fitting Swivelling Saab Seats To The Van”